New for 2018 is The Knight Cup, a knockout tournament with a twist: you may not know who you are playing against until after you've played! Here's the details:

The rounds will be stroke play, 7 days duration, with each round being on a different course and handicaps will apply as usual. With the exception of R1 (more on that below) all players will be in a head-to-head battle with another player, with the losing player eliminated from the competition. A stroke play round will be created for each round and you will have two options: you can play the stroke play round or you can play multiplayer (scored only, not practice mode) with whoever you like provided the same course and conditions are created. However, the draw for each round will not take place until after the round's play has concluded, so you won't know if you've won until then because you won't know who your opponent was until the draw is made. Also, you can play the stroke play round and multiplayer too if you like, but only your first score will be accepted. Make sure you play one or the other though.

If you play it as multiplayer you can either post the scorecard in the forum or both players can verify the scores in the forum instead. In theory you could even play multiplayer with a friend from outside the club if you wish, but in that case you will definitely need to post your scorecard. And remember, if you've already submitted a score in the stroke play round that I create then the multiplayer score will not count, and vice versa.

R1 is a little different because there will be 16 players in R2, so only 6 players will be in a head-to-head in R1 with 13 players getting a bye to R2 and the 3 winners joining them. But again, no-one will know if they got a bye until after the round has concluded and the draw is made.
Only 8 players will be left in R3, then 4 in R2 and so on until the final.

Ryder Cup points and GK points will be awarded to all players who complete R1 with more points being awarded the further you get in the competition. I would recommend that all players (even the ones who can see they've been eliminated) play all rounds if they are able to for a number of reasons: total scores across all rounds may have a bearing on final positions, plus the more rounds you play the more accurate the next handicap revisions will be, and thirdly...just do it for the fun of it.

The draw for each round will be made randomly by picking names out of a hat - there is no seeding. Play your best and try not to WD because you never know how badly your mystery opponent might have scored, just like in a bracket competition. 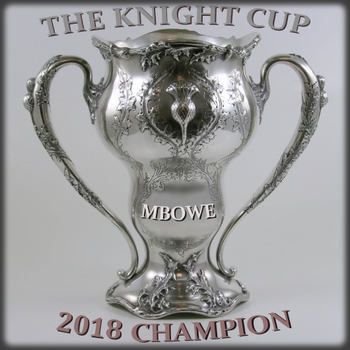 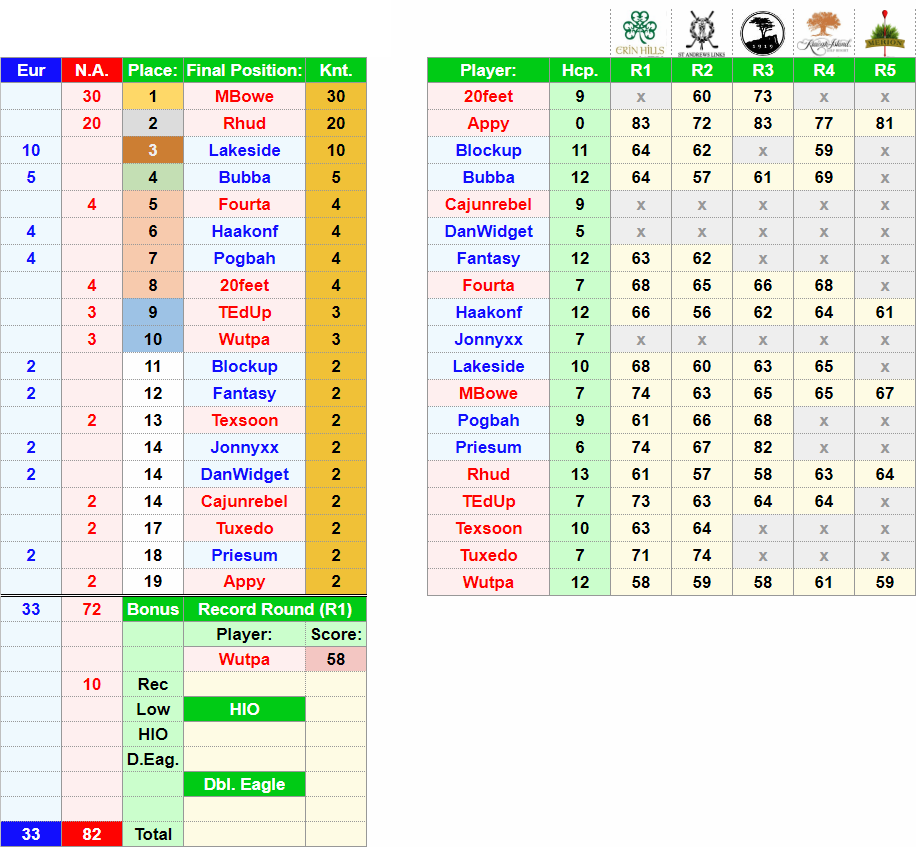 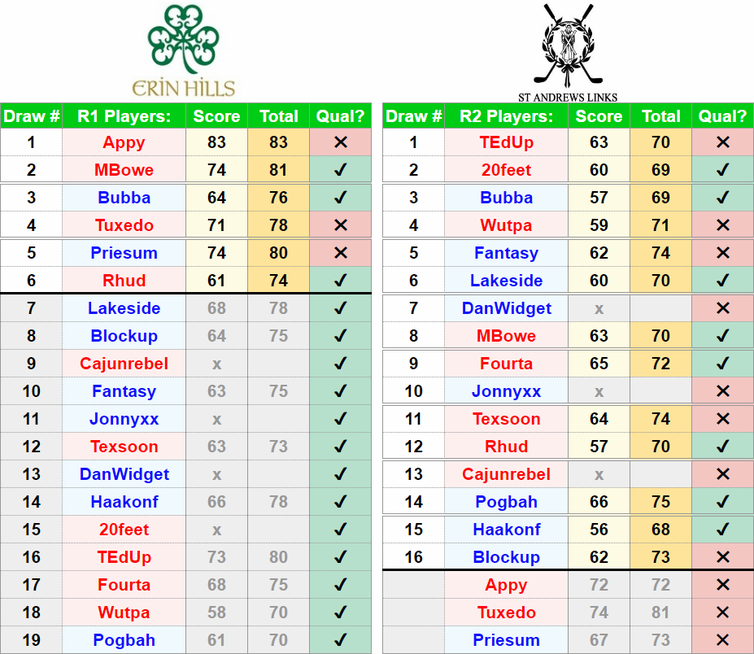 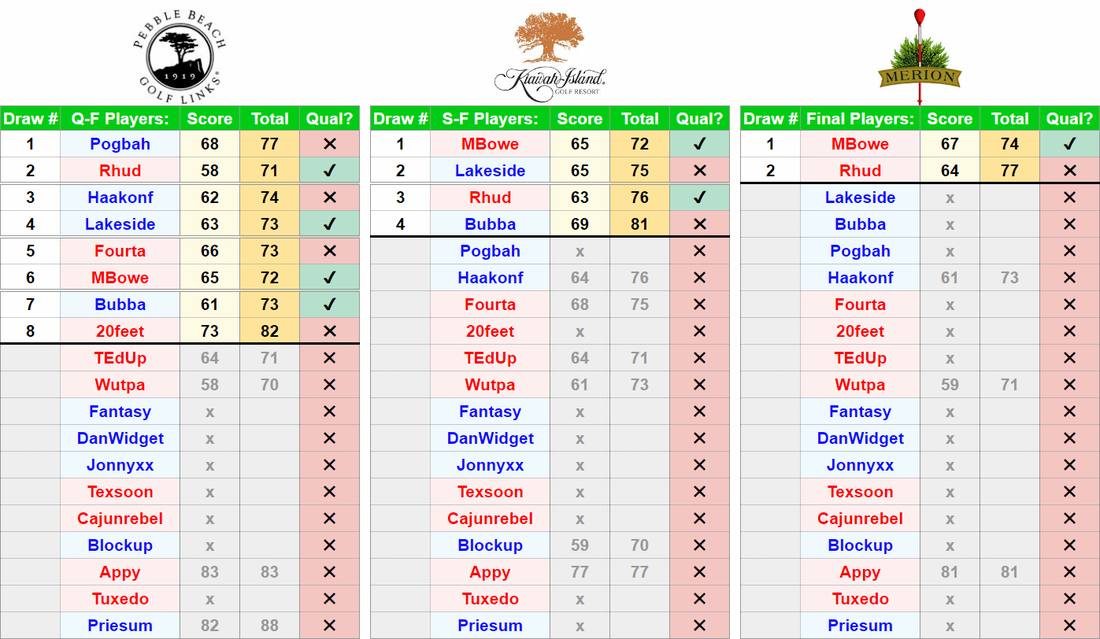